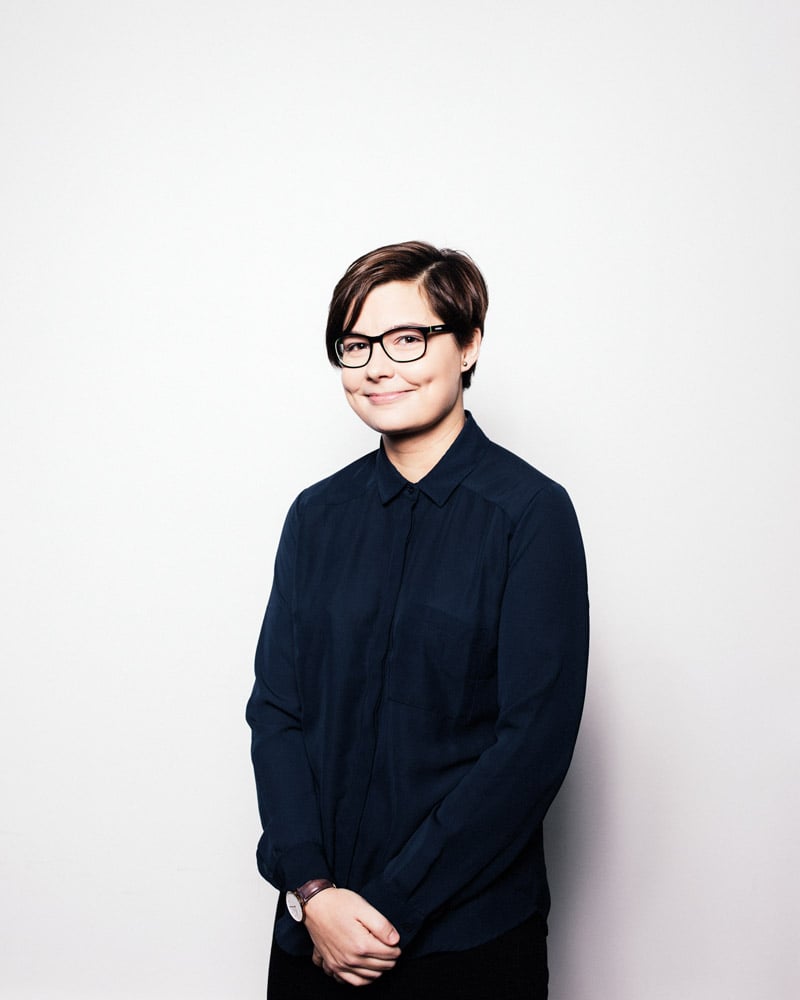 When I joined Columbia Road, one of the first things that I found exceptional was the Friday morning's feeling-sharing session. I don't recall sharing my feelings openly in my previous jobs in a situation dedicated to that. It felt pretty challenging, as my strategy in work life had been to keep my feelings to myself.

After a couple of months in the company, I opened up to one of my colleagues about something that had bugged me during that week. He encouraged me to address my feelings in the Weekly. I had felt that to “be a good worker and a liked colleague” instead of a party pooper, I had to embrace only the good parts of the week in our shared feelings session.

I decided to take a leap of faith and to tell how my week really had been. And felt a lot better about it, as I didn't need to consume my energy in faking that everything had gone well because it had not. I bet that everyone reading this article has been required to put up a façade at some point in their life and therefore know how wearing it can be.

After sharing my honest feelings, it was obvious that I was not the only one who had not had the best week. In addition to people being supportive towards me, they were happier to also share their own, not-so-good parts of the week.

Sharing feelings openly, especially the negative ones, is not easy. It can be super intimidating as you let others see something typically hidden in the work environment. To tell how you really feel, address problems, or disagree with the status quo, you need to feel safe.

Society has taught us to leave negative feelings out of work to be successful, because who doesn't love an ever-positive champ who can put on a smile no matter the situation? It's too bad that feelings are not like coats that you can hang outside before stepping into your workplace.

People who work in the tech industry love to refer to Google in how they do things, so why not trust Google also with this one: Google did a study already back in 2015 to learn what makes a Google team effective. What they discovered was that psychological safety was undeniably the most important of the five dynamics.

2015 was seven years ago, and the world looks very different today. That being said, the need and importance of psychological safety have never been this high in individuals, teams, and societies.

The feeling of safety usually comes after you start trusting the people around you or when you witness how challenging situations are handled in the company. Building relationships and trust between individuals takes time. A quicker and more scalable way to build trust in the team is to make sure that everyday work situations like dailies, weeklies, or retros are places where everyone can express themselves without fear or constraints.

Team rituals are crucial building blocks of company culture as they set the level of openness and safeness for everyone at once. If team members get “blacklisted” due to making mistakes, raising issues, or disagreeing with the status quo, most likely, they won't be that excited to take part in real conversations in the future. The heavier your team fails, the better opportunity there is to create safety within the team.

The ability to have difficult conversations openly, no matter how big the boss is part of the conversation, indicates how mature, and open the organisational culture is. If the level of openness and even the content of discussions changes when someone with a bigger title is around, it's a sign of fear that should be paid attention to.

Open communication is tricky, no matter the context. It involves putting yourself out there and maybe getting stigmatised with words like “troublemaker”, “hard person” or “negative thinker”.

It's a shame that people who address issues openly are stigmatised, as the will behind the action is usually good: most likely, people just want to improve things. It’s also worth noting that addressing issues usually means that the person feels committed to the company culture and wants for it to get better, compared to a person who does not bring their opinions to the conversation and would rather leave the company than help build its culture towards a healthier one.

Openness in the work culture context isn’t just limited to communication but also strongly links to processes and access to information.

The idea of self-organised teams is heavily based on the idea that teams can make decisions by themselves without the managing level.

To make good decisions, teams and individuals have to have access to the same information as the managing level – how else could they make smart decisions that take into account also the things happening outside the team? And that means all information, as you can't predict what information is needed.

Obviously, some things are out of reach, like personal information and non-disclosure agreement related stuff. Anything else should be fair game. If something is hidden behind knowledge walls, what is the reason?

Developing and maintaining culture is a team effort

"The culture of a company is the sum of the behaviours of all its people."
- Michael Kouly, CEO of Cambridge Institute for Global Leadership

Culture is not something that happens apart from you. Every single Slack message or conversation you have with your colleagues is the culture in the flesh.

Building a safe and open culture is a true team effort – not a one-person show. It's a thing that happens constantly and simultaneously in the workplace. The more hierarchical the organisation, the more power over culture individuals “at the top” have as example setters. It’s also worth noting that every single company has a company culture. If you are not consciously building and driving the culture forward, the culture will go forward regardless but the results may not be what you want.

It takes a lot to trust someone so much that you feel safe to set your boundaries and be vocal if you feel like those boundaries have been stepped on. I've been lucky enough to land such colleagues at Columbia Road whom I trust so much that I dare to say out loud if something has felt off. The trust has grown even more after experiencing that discussing difficult matters did lead only to good things like conversations where we got to know each other more. After all, the challenging encounters are the most valuable ones as they teach us most about ourselves and are perfect catalysts for self-reflection.

Even though company culture should never rely only on your shoulders, there are things we as individuals can do to support open communication and build psychological safety with our actions. One concrete way you can take part in building open culture is to be an example, especially to the new employees, by addressing challenges and issues. If the culture is healthy, most likely it will lead to a good conversation, improvements, and a feeling of trust – "nothing bad happened even though I raised this issue."

An open and healthy culture is about smiles and high energy as much as it is about being open and honest about the difficult side of (work) life.

P.S. We're looking for great people to join our team at Columbia Road! Take a new leap in your career, we have open positions in all business areas. Send a message, call us, visit us — we'd be thrilled to hear from you!

Roadie highlight: Consultancy vs. product development – which is better?

Roadie highlight: My road to code – a career change story

Roadie highlight: How to combine studies, work and a business – and still have fun

How to build a transformation culture and mindset

Join thousands of other readers and get digital commerce news, tools, and case research delivered to your inbox.

By taking this action I agree to receive marketing communications about Columbia Road and its services, and I consent to allow Columbia Road to store and process the personal information submitted above to provide the content requested. You may unsubscribe from these communications at any time. For information on how to unsubscribe, as well as our privacy practices and commitment to protecting your privacy, please review our Privacy Policy.