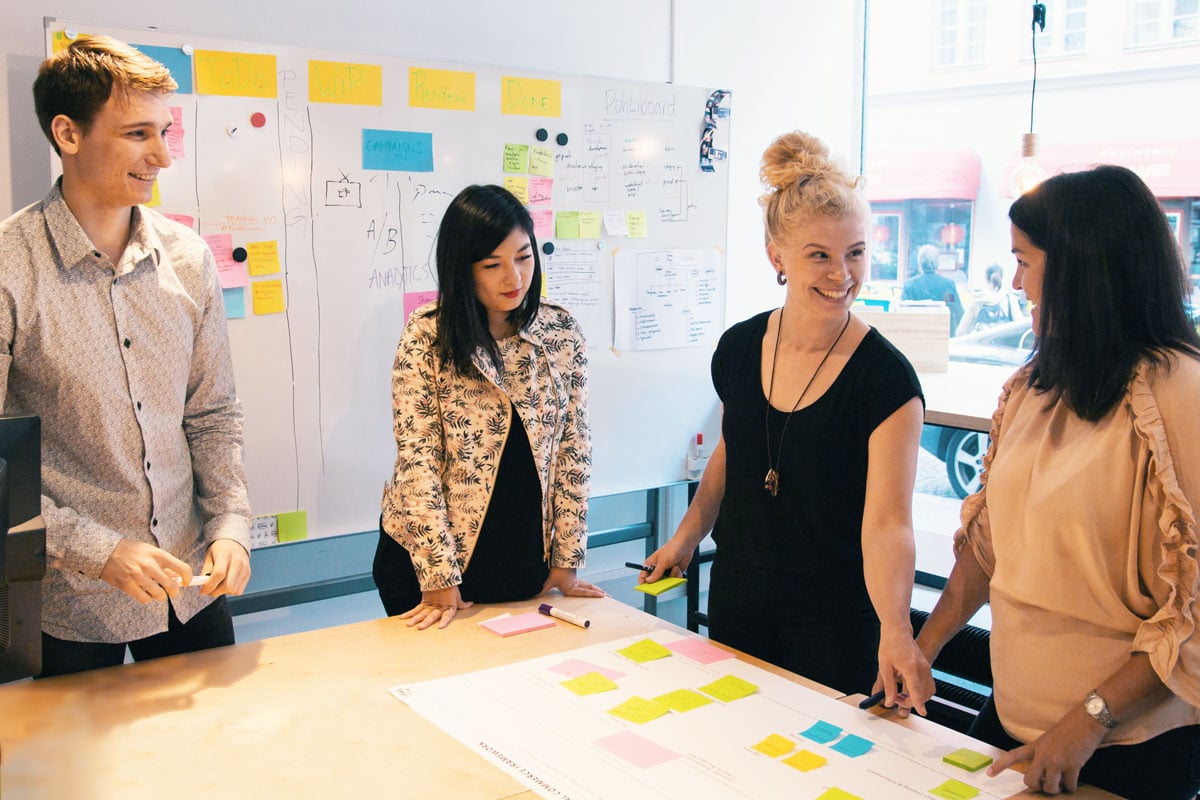 Recent years haven’t been easy for legacy brands seeing that agile direct-to-consumer (D2C) start-ups have been shaking up the traditional retail, and digital commerce plays a bigger role in total sales. In our earlier blog post we covered how legacy brands can create a winning strategy in digital commerce. People and the organisation play a crucial role in executing that strategy.

Evolution of eCommerce within an organisation

Typically, the first home of eCommerce is in IT. This is quite natural while many companies still consider setting up eCommerce capabilities as an IT project.

In many cases setting up and running the operations for a while increases understanding and knowledge about the role of eCommerce and what it takes to make it a serious business.

Quite often the next stop for eCommerce operations is within the marketing function. At this point online store operations are often considered part of marketing; it’s strategy, activities and team. Some organisations stop here, which often means that number of customers, conversion and thus sales in online channels stagnate.

Analysing reasons for the stagnation often detects problems in an operational model that doesn’t support the most efficient ways of doing sales in online channels. At this point eCommerce operations are often re-organised and in most cases eCommerce will become, finally, part of the sales function.

If the goal is to do sales in digital channels, the best result is most likely achieved when the eCommerce operations are within the sales function, at least the most critical parts.

In addition to organisational structure, another hot topic is naturally how to build the team, what functions to include and what kind of KPI’s would best support the activities.

There are different kind of approaches for building a capable team for eCommerce, like establishing roles by functions or building it from the marketing point of view. It is quite impossible to find a model that would fit all organisations, but there are some guidelines that can help you build a team that works towards increasing sales.

Start the team-building by dividing responsibilities into three categories:

1. One team to drive people into your online channels,

2. another focused on converting the visitors into buyers and

3. third team managing the delivery of goods or services.

After that, start building capabilities around these areas - assign the right people for each team and set KPI’s to support the business goals and responsibilities. Good tool for designing the core team and recognising the supporting activities is to use our Digital Commerce Canvas.

Use the canvas’ digital commerce building blocks to make sure that all areas are covered. After that, analyse all the capabilities you already have, what to developed further and what talent to acquire. Being brutally analytical and honest about the level of the current talent and know-how is a starting point for building a capable and talented team.

In addition, make sure your team has the possibility to develop analytical capabilities and knowledge instead of building a separate function, as this is crucial for agile online store operations and development.

Empower the team for success

In order to thrive, the team has to have authority to run the eCommerce development and sales. Empower the team to make decisions related to their work - it is absolutely necessary for agile eCommerce operations - and success. This also enhances learning which is vital for development. But make sure you have well defined business targets, KPI’s and continuous feedback about performance to steer efforts to right direction.

Keep also in mind that talented and motivated people are the backbone, so take good care of your people.

Designing a suitable organisational model and team structure is a challenging task and it’s quite possible that you might go wrong in the beginning. That’s why you should be ready to tweak, grind and do also radical changes if things seem not be working.

In the end, continuous experimenting and learning from them will result a functional, high performing organisation.

Learn to leverage AR and VR in your retail business

The infinite world of digital sales and customer experience architecture