Learn to leverage AR and VR in your retail business 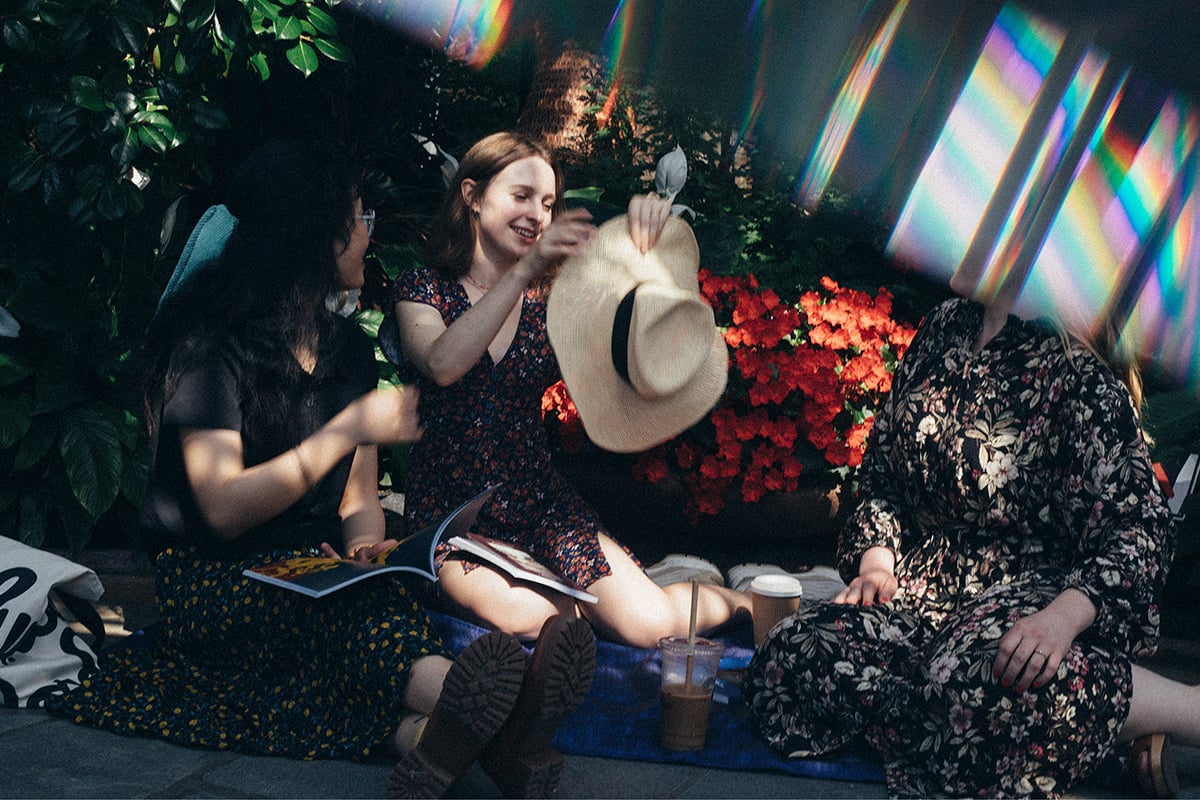 AR and VR are no longer obscure future technologies – they are technologies of today. The advancement in technology has lowered the price of AR and VR devices and brought them closer to the public market. According to Statista, by 2023 there will be an estimated 2.4 billion mobile augmented reality (AR) users worldwide.

Businesses are gradually adopting the technology, and even though it feels as if everyone has been talking about AR and VR for years, now we’re finally starting to reach a point in time where these technologies are more widely accessible and being utilised by companies. A research by GetApp involving 700 small and medium-sized companies shows that 35% of businesses plan to utilise these technologies in the upcoming years. In this blog, we will explore how AR and VR are currently applied to leverage digital sales.

First, let's start by defining the differences between AR and VR.

AR, VR and their differences

AR and VR are often used together and sometimes interchangeably but they are not the same thing. To understand the terms, let's look at the Reality-Virtuality Continuum defined by Paul Milgram below. The continuum explains the transition path from the physical world to the complete computer-generated environment, in other words, from reality to virtuality.

AR (Augmented Reality) and VR (Virtual Reality) are “stages” laying in this continuum. Augmented Reality, staying closer to the Reality End, captures and retains the real environment and adds in virtual elements. Meanwhile, Virtual Reality, lying in one of the extremes, completely replaces the real world and immerses users into a fully computer-generated environment. Another big difference is that users need a headset to experience VR while smartphones are basically enough for AR experience. Hence, at the time being, more people can experience AR than VR, which also means AR is a more preferred choice by businesses to engage with consumers.

How to utilise AR and VR in digital sales

When it comes to digital sales, technologies are merely tools that empower the business owners' vision and creativity. With AR and VR as powerful tools, companies have been creatively utilising them to improve the shopping experience. Next, we will go through some interesting use cases.

One of the biggest barriers users experience in online shopping is not being able to see how the products look in reality. AR, with its capability to superimpose a real environment with virtual elements, can help by diminishing this concern.

“Place” app, introduced by the giant furniture retailer IKEA, uses AR to let users virtually “place" the product in their rooms. The app scans and augments the live view of customers’ rooms with 3D and true-to-scale products. This boosts the confidence in users, supports them to make informed purchasing decisions and reduces the product return. Another platform for home modelling and design, Houzz, also applies AR to let shoppers view their floor with new tiles in true scale. According to their CEO, customers spend more time in apps that have an AR function compared to ones that don’t, and customers who utilise AR are 11 times more likely to make a purchase than ones that do not.

Use AR to create a personalised experience

Personalisation is a new norm and a success factor in digital sales, and AR is one of the technologies that help to enable it.

Sephora, a French multinational retailer of beauty products, launched its AR app called Virtual Artist. The app lets users virtually try on different make-up looks in a few taps, and apply different shades of various products, from lipsticks to eyeshadows. The app even offers step-by-step tutorials customised to users' faces. Users can choose the look they wish, and instead of guessing or following Youtube tutorials, they now know exactly which products to use, which part of their face to use them on, and how to blend them. By personalising the experience, Sephora helps customers uniquely express themselves and at the same time, customers engage with the brand on a deeper and more meaningful level.

These use cases might not directly result in increased sales, but create an impact through marketing efforts and brand value, and are therefore valuable at many stages of the customer journey. AR and VR open new doors for better story-telling and customer engagement, and marketers have utilised them to create many successful campaigns.

To introduce a car model, XC90, Volvo launched its first virtual test drive campaign. With an app called Volvo Reality and Google Cardboard, a light VR device, consumers could take a look into the car and get immersed into a beautiful mountain drive without going through the trouble of going to a car retailer. Volvo created a way to show its vehicle's design and capabilities to consumers, which helped the campaign to gain 238M media impressions and 19M social media impressions.

Another interesting campaign comes from the food industry from McDonald’s. In an effort to change negative perceptions related to the food ingredients, McDonald’s introduced Track-My-Macca in Australia, an AR app that lets customers track ingredients in the meal they purchased. Consumers simply scan the box with the app, and by combining GPS and image recognition technology, the app tells exactly where the ingredients came from. Utilising 3D AR technology, the app turns the surface in front of the user into an interactive stage, letting the user choose an ingredient on the screen and learn about the story behind it.

The stories change depending on where the consumer is in the country and who supplies the restaurants in that specific area. Users can meet farmers, bakers and fishermen who supply the ingredients, and users are encouraged to share their discoveries on social media. In addition to gaining positive brand traction through traditional marketing channels, ie. ads, the campaign was very successful in engaging users. During the first month, the app was downloaded nearly 46 000 times. In total, the campaign resulted in 660 million PR impressions. The campaign helped them win the Gold Media Lion Award for the best use of mobile devices at the Cannes Lion International Festival of Creativity.

Use AR to enhance the post-purchase experience and educate customers

Post-purchase experience is equally important compared to other steps in the customer journey. Satisfaction in the purchased product or service helps in turning a one-time buyer into a loyal customer.

In the automotive industry, Hyundai, Toyota and Genesis Motors have developed AR manuals along with traditional guidebooks for some specific models. With smartphones, customers can access a virtual walkthrough of new cars, learn about the cars' interiors, engines and the different use cases in an engaging way.

In the toy industry, LEGO has developed extended digital experiences for some of the popular LEGO sets. Through their AR Studio app, children can combine physically playing with LEGO with seeing the characters come to life with fun animation and audiovisual effects.

So what should you learn from all of the above AR and VR use case examples (and there’s plenty more if you’re interested)? How can your business benefit from coming up with a way of implementing similar solutions? The answer is clear – AR and VR have the potential to minimise the barrier of uncertainty in online shopping, help customers to engage with the brand in an entirely new way, and create a more personalised experience. Things that are crucially valuable for ensuring success and growth in the future.

The VR market is rapidly maturing and commercial AR applications for smart devices are already making an impact in many industries. Perhaps your company is in a position where you have yet to take the leap? The process starts by clarifying objectives, identifying what the company wants to achieve and what are the right tools.

I hope this blog has offered you a better understanding of AR and VR technologies and their use cases while giving you some inspiration on how your business could start applying them!

Download our Digital Sales 2025 trend report to get an overarching view of the key trends shaping digital consumer sales across the five customer journey stages. The report includes interesting examples from some of the most interesting brands in the industry: Amazon, Nike, Adidas, Walmart, Pinterest, and many others. Download the report and learn from forerunners how to make the most of digital retail!

The infinite world of digital sales and customer experience architecture