– An insight into IBM’s transformation to a design thinking company

Design Systems continue to be a hot topic this year and I believe this is just the beginning. Earlier in the year, we attended the Design Systems Conference in Helsinki and started a design blog series to dive deeper into this topic. Ram wrote in our first blog post about the discovery of early systems and writing systems. Victoria continued with what Design Systems consist of and gave examples of Atlassian’s Design System.

IBM has always fascinated me as a company and in this blog post I will explore how IBM has changed their organisation into a design thinking engine and how it has driven cultural change.

To make a long story short, IBM is a company that has more than 100 years of history (founded in 1911). Chief Executive Thomas Watson Jr. famously said in 1973:

Thomas was the first executive at the time to create a corporate design program by hiring Eliot Noyes who previously worked as a curator of industrial design at New York’s Museum of Modern Art. Noyes had a huge impact on how IBM did business by bringing on board some of the greatest talents of that time including Charles and Ray Eames, Eero Saarinen, and Isamu Noguchi.

Over the years, the design that once was so great faded away and up until five years ago there was no real design language in the organisation. In practice, it meant that developers wrote code for new releases and softwares without talking to their users, without knowing how to design the interfaces.

“Eliot Noyes worked on what it meant to fuse humanity and technology together. How technology could improve humanity, that it wasn’t there to take over.” - Adam Cutler, IBM

Adam Cutler, Distinguished Designer at IBM, had a huge challenge: to build the methodology for the entire company to practice design and spread this to more than 380,000 people around the globe, in 171 countries. How to transform into a design thinking culture in a 100-year-old engineer-centric company?

Adam gathered a talented team to take the company further on this big quest. IBM has set the path as an example to other organisations on what it really means to have a modern corporate design program. They have come back to Watson Jr’s initial line of thinking which has created a ripple effect across the company, as well as in the design world.

Fast forward to present where IBM is highly renowned for their award winning design thinking and even Apple has praised their design system and practices. Today, it isn’t just designers thinking about design, but also IBM’s developers and managers.

Phil Gilbert, General Manager of Design at IBM decided that the way to go was not by creating any evangelism around design but rather to evangelise the market outcomes which were a result of the practice. He says:

I think that the challenge is to democratise design practices and thinking to the wider team, to get everyone in the organisation involved. When design, sales or marketing teams work in silos, it rarely benefits the whole company nor the market.

Project Monocle and the Loop, the pinnacles of success

IBM’s mode of operation in B2B markets is to put high-end servers into big banks and governments, and create support software for IT administrators. The starting point for their transformation was called “Project Monocle” where the design team got a brief to create a one-click update for their server customers.

The concept of design thinking was in the beginning very foreign at IBM. It was hard to gain trust and convince the management the value of it. How do you efficiently explain design to people who are not designers? You can read more about IBM’s design language here.

With Project Monocle, the team took a different approach by interviewing 30 different companies in Europe and the US to find out what the users actually needed. It turned out that a one-click update wasn’t at all something the users wanted. So the team came back with the findings and started to work on features that the market really needed instead.

If this would have been made following IBM’s previous approach, they would have spent 6 months building that one-click-update and then release it to their customers just to realise that it wasn’t what was needed. Imagine the cost and time implications with this approach.

IBM understood that the market has changed in a way that their clients won't wait for 6 months for new features so they had to change internally to become responsive. If they didn’t transform, they would become irrelevant. IBM build their design thinking iteratively with a new vision on constant improvement. Nothing they create just sits there and is final but is under constant change. Very similar to growth hacking mentality and working methods. 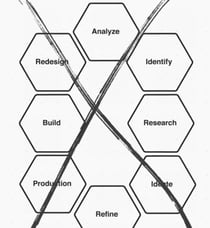 Along the way, they tried many different design process methods but got stuck at the understanding phase where the teams didn’t know what to do next.

At last, they found a design process that worked for them, the Loop. This has become the main mental model for design thinking at IBM. They have changed the cycle from beginning–end spectrum to a constant circle of observations, constantly questioning and understanding the problems of their customers. 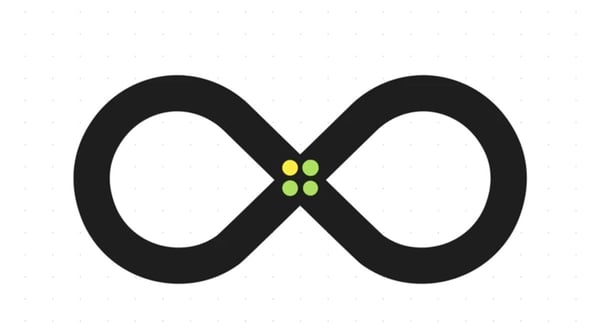 Phil Gilbert says that we shouldn’t create a blocker if we don’t entirely understand users right away. If we get 1% right now, that’s ok, next week it will be 7%, the week after perhaps 25%. By switching the metaphor to what became known as Loop changed the mindset around design and everyone started to get it.

When you reinforce design thinking in your own organisation, make sure that it’s easily understandable so that everyone can understand and take part.

After this change, IBM grew from 200 to 1600 designers in 3,5 years. In their onboarding process it’s not so much about visual design and where buttons should be, but more about how to work in a team, collaborate and take design thinking further.

Let’s move on to IBM’s actual Design System, Carbon, created by 7 designers, researchers, and developers. It’s a complete system in a breathing, evolving environment and contains all of IBM’s visual assets. It includes a design kit, component library for developers and engineers, and a big collection of HTML and CSS parts to build UI and websites. The component library is open source on Github if you are curious to take a look. 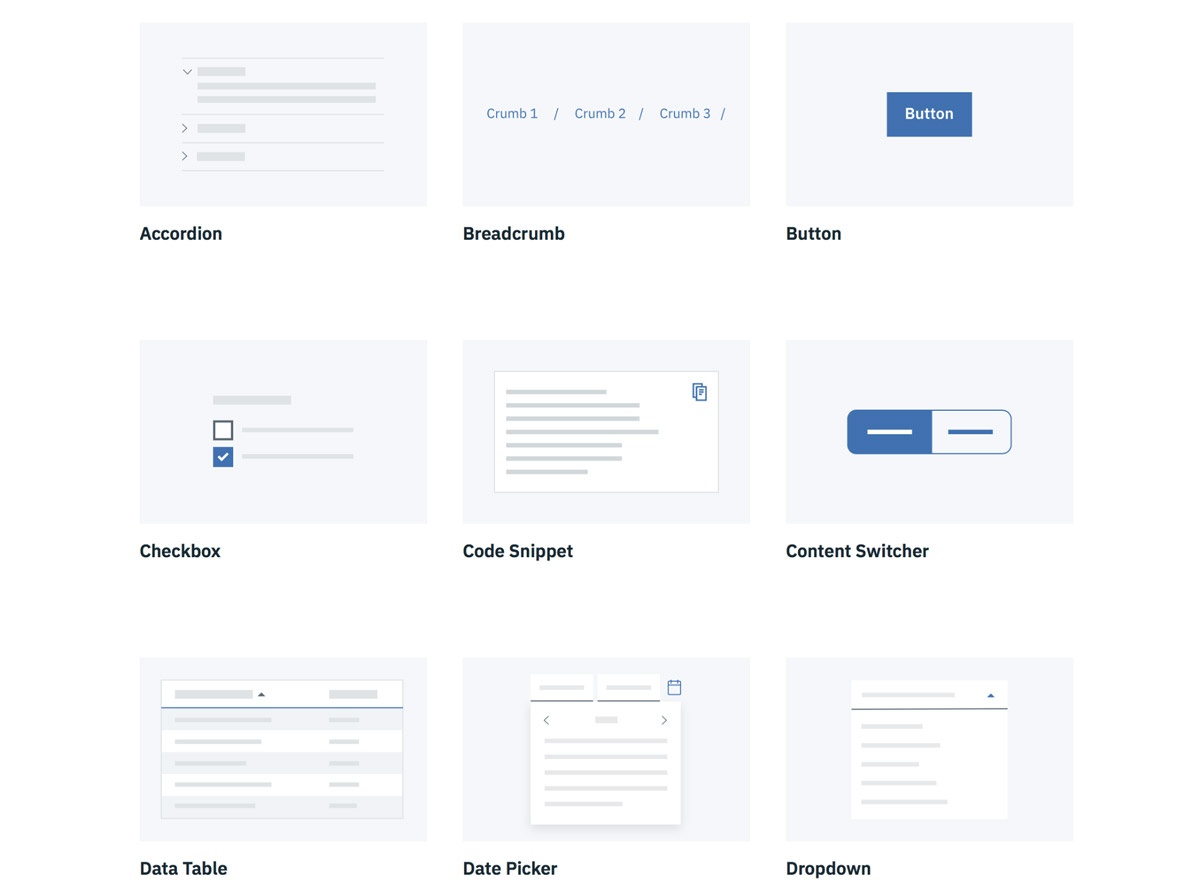 Creating this system has allowed IBM’s teams to work consistently with markup, behaviour, and styles to build solutions fast. It’s become one of the pillars and greatest examples of Design Systems – and has even won design awards. “The thinking and efforts behind this project are massive – and above masterful in the way the team took the immense complexity to deliver a solution delivering intuitive simplicity." - Ximena O’Reilly, judge of in-house design awards 2017.

Today, more than 130 teams are contributing to the UI. I think the key here is to keep an open system that is allowed and encouraged to evolve.

What can we learn from this?

If you are interested in IBM and how they have transformed, I can warmly recommend this short documentary film called “The Loop”

Also, Invisionapp has just rolled out beta access to their newly build tool Design System Management (DSM) to help organisations scale in an easier way. And if you’re curious about other companies’ design systems, here are two good places to look at: Style Guides and Design Systems Repo.

This is the third article in a series on Design Systems. Take a look at the other posts too!